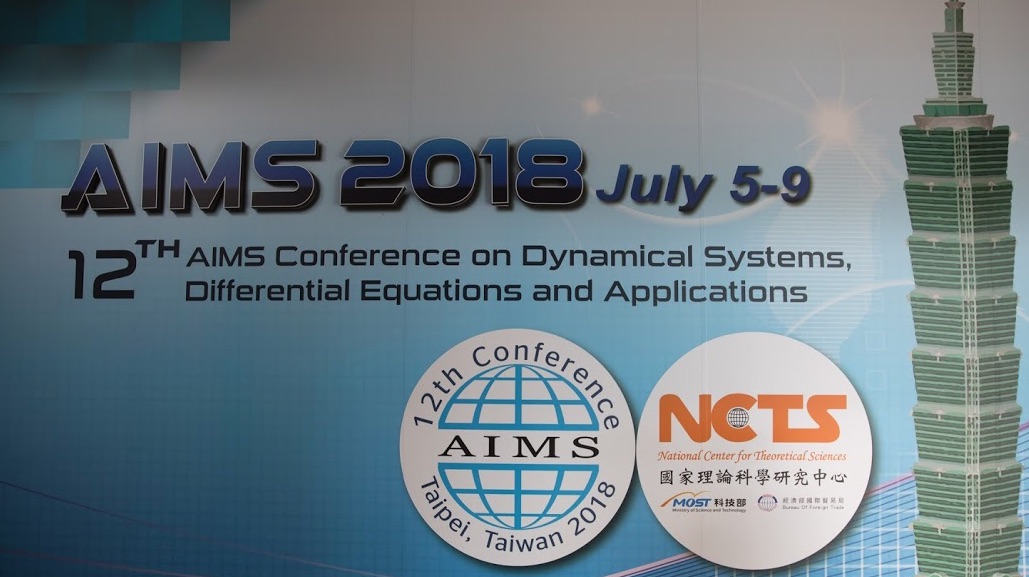 This special session will address some of the most challenging recent problems concerning the mathematical modelling and numerical simulation of superfluid systems (Bose-Einstein condensate and superfluid Helium). The objective of the session is to bring together applied and pure mathematicians, physicists, as well as computational scientists who have contributed to the development of relevant mathematical and computational models in this area. The topics which will be discussed include mathematical models for complex quantum systems (spinor BEC, quantum turbulence), high-order numerical methods for the Gross-Pitaevskii equation, high-performance computing of realistic configurations corresponding to physical quantum systems.

Speakers and pdf files of their talks

The Schrödinger equation is at heart of Bose Einstein Condensates with the celebrated Gross-Pitaevskii equation. Such dispersive partial differential equations have many preserved quantities such as the mass, the energy or the momentum. It is therefore crucial to build numerical schemes that preserve these invariants. We will present in this talk various way to take this property into account and the pros and cons of the various methods.

We analyze the ground states of a Bose-Einstein condensate in the presence of higher-order interactions (HOI), modeled by a modified Gross-Pitaevskii equation (MGPE). In fact, due to the appearance of HOI, the ground state structures become very rich and complicated. We establish the existence and non-existence results under different parameter regimes, and obtain their limiting behaviors and/or structures with different combinations of HOI and contact interactions. Both the whole space case and the bounded domain case are considered, where different structures of ground states are identified. In addition, HOI effects on dynamics are investigated.

After the realization of Bose-Einstein condensation twenty years ago, one of the interests in the theoretical physics community is the modeling of cold atoms systems. In this talk we focus on the model which describes the influence of thermal effects around the Bose-Einstein condensate at positive temperature. The model is a stochastic complex Ginzburg-Landau equation under a harmonic trapping potential, We present some theoretical results on the existence of solution and exponential convergence to the thermal equilibrium.

This presentation concerns a novel approach to the computation of ground states in Bose-Einstein condensates where we combine concepts from Riemannian Optimization and the theory of Sobolev gradients to derive a new conjugate gradient method for direct minimization of the Gross-Pitaevskii energy functional with rotation. The conservation of the number of particles in the system constraints the minimizers to lie on a Riemannian manifold corresponding to the unit L2 norm. The idea developed in our study is to transform the original constrained optimization problem to an unconstrained problem on this (spherical) Riemannian manifold, so that faster minimization algorithms can be applied. We first obtain Sobolev gradients using an equivalent definition of an H1 inner product which takes into account rotation. Then, the Riemannian gradient (RG) steepest descent method is derived based on projected gradients and retraction of an intermediate solution back to the constraint manifold. Then, we use the concept of the Riemannian vector transport to propose a new Riemannian conjugate gradient (RCG) method for this problem. It is derived at the continuous level based on the optimize-then-discretize paradigm instead of the usual discretize-then-optimize approach, as this ensures robustness of the method when adaptive mesh refinement is performed in computations.
Numerical tests carried out in the finite-element setting based on Lagrangian piecewise quadratic space discretization demonstrate that the proposed RCG method outperforms the simple gradient descent RG method in terms of rate of convergence. The RCG method is extensively tested by computing complicated vortex configurations in rotating Bose-Einstein condensates, a task made challenging by large values of the non-linear interaction constant and the rotation rate. Finally, we will also discuss our on-going work on the design and implementation of the Riemannian Newton method for the minimization of the Gross-Pitaevskii energy functional.

In this talk, I will present our recent work on mathematical models, asymptotic analysis and numerical simulation for degenerate dipolar quantum gas. As preparatory steps, I begin with the three-dimensional Gross-Pitaevskii equation with a long-range dipolar interaction potential which is used to model the degenerate dipolar quantum gas and reformulate it as a Gross-Pitaevskii-Poisson type system by decoupling the two-body dipolar interaction potential which is highly singular into short-range (or local) and long-range interactions (or repulsive and attractive interactions).
Based on this new mathematical formulation, we prove rigorously existence and uniqueness as well as nonexistence of the ground states, and discuss the existence of global weak solution and finite time blowup of the dynamics in different parameter regimes of dipolar quantum gas. In addition, a backward Euler sine pseudospectral method is presented for computing the ground states and a time-splitting sine pseudospectral method is proposed for computing the dynamics of dipolar BECs. Due to the adoption of new mathematical formulation, our new numerical methods avoid evaluating integrals with high singularity and thus they are more efficient and accurate than those numerical methods currently used in the literatures for solving the problem.
In addition, new mathematical formulations in two-dimensions and one dimension for dipolar quantum gas are obtained when the external trapping potential is highly confined in one or two directions. Numerical results are presented to confirm our analytical results and demonstrate the efficiency and accuracy of our numerical methods.
Some interesting physical phenomena are discussed too.

In this talk, we will present recent results on the modeling and simulation of anyons systems. Our main interest lies in the case of an average-field model where we consider a system with a large number of anyons in the ground state. Thanks to an average-field energy which ressembles the usual Gross-Pitaevskii energy but with a nonlinear magnetic potential, we can apply a gradient method that enables us to numerically compute the ground state. However, due to the nonlinear and nonlocal structure of the energy functional, some numerical difficulties need to be tackled.

Nonlinear Schrödinger equation (NSE) is the simplest model for superfluid systems such as liquid helium and a dilute gas at ultralow temperatures. Superfluid turbulence can be realized as spatially and dynamically complicated structure of quantized vortices. Quantized vortices are vortices with discrete circulations, and stable topological line defects. Here we show our recent large-scale numerical works for superfluid turbulence with NSE. The first topic is fully-developed turbulence and existences of two scaling regimes with the Kolmogorov’s (-5/3) power-law spectra separated by the mean inter-vortex spacing.
The second topic is the opposite case to the first one; transition from superfluid turbulence to vortex-free dissipationless flow. We can regard this transition as simplest non-equilibrium phase transition having three independent critical exponents.

We present several numerical tools using classical finite elements with mesh adaptivity for solving different models used for the study of Bose-Einstein condensates. The programs are written as a toolbox for FreeFem++ (www.freefem.org), a free finite-element software, allowing to easily implement various numerical algorithms [1]. For solving the stationary (imaginary-time) Gross-Pitaevskii equation, we use two robust and optimised numerical methods: a steepest descent method based on Sobolev gradient and a minimization algorithm based on the state-of-the-art optimization library IPOPT.
A very recent conjugate-gradient method using concepts of Riemannian optimization is also presented [2]. For the Bogoliubov-de Gennes system, representing a linearisation of the Gross-Pitaevskii equation, a Newton method and a fast algorithm based on ARPACK for the calculation of eigenvalues are available. For the real-time Gross-Pitaevskii equation, classical splitting and relaxation methods were implemented and intensively tested. Validations and illustrations are presented for computing difficult configurations with vortices observed in physical experiments: single-line vortex, Abrikosov lattice, giant vortex, dark/anti-dark solitons in one or two-component Bose-Einstein condensates [3].